What is the Filipino World War II Veterans Parole Policy and How Does It Help Relatives of Filipino Veteran Soldiers? 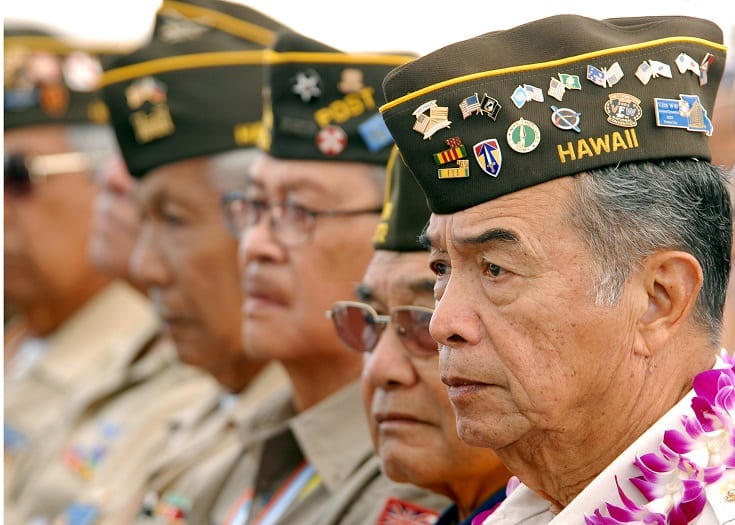 The FWVP Policy is a discretionary grant by the United States Citizenship and Immigration Services (USCIS) allowing family members of Filipino World War II Veterans with approved Form I-130 petitions to join their petitioning U.S. citizen or Legal Permanent Resident (LPR) family members in the United States, while they await their visas to become available and they are able to adjust status.

Who qualifies as a Veteran Petitioner?

Who is an eligible family member?

Can I qualify if I have a criminal record or have overstayed?

The applicant must also show that they merit a favorable exercise of discretion that would yield a ‘‘significant public benefit.’’ In adjudicating these applications, USCIS will look at the totality of circumstances and evaluate each application on a case-by-case basis, but parole applications for individuals who fall within the general criteria and whose cases present overriding adverse factors (e.g. criminal history, immigration violations) may be denied as negative factors are weighed with the positive in this discretionary process.

Can my family members come with me?

Derivative Beneficiaries (spouse or unmarried children under 21 years old) may join the principal applicant. Derivative Add-Ons, which are spouses or children acquired after the approval of the I-130 petition will also be considered.

What if my veteran relative and his spouse are both deceased? Can I still qualify?

Who is not eligible for this program?

Immediate relatives, derivative children who are over 21 years old and/or married, and brothers or sisters of surviving spouse are not eligible for this program.

Can I qualify if I’m already in the United States?

In some cases, relatives who are already in the U.S. may qualify for the program. However, in order to be considered for program, they have to return to a consulate abroad for processing. Relatives who have overstayed may be subject to the 3- and 10-year bars upon departure from the U.S. Such relatives may need a waiver or other remedy such as Parole in Place to proceed with the application.

Click here for more information about Parole in Place for Families of U.S. Armed Forces Members and Enlistees.

How do I Apply?

The veteran petitioner, surviving spouse or self-petitioner must file Form I-131, Application for Travel Document and Form I–134, Affidavit of Support, with the requisite filing fees and supporting documentation demonstrating eligibility. Upon approval, the applicant will need to complete an interview and complete medical clearance abroad.

What happens when I arrive in the United States?

Once granted parole, the beneficiary will be able to enter the U.S. and can lawfully stay in the U.S. for three years. They may apply for employment authorization and will become eligible to adjust status to a green card holder as soon as their immigrant visa is available. If within three years, the visa remains unavailable or not current, the beneficiary must apply for re-parole by filing a new application.

What else should I know about this program?

There is no automatic qualification for the program. In order to receive this benefit, the veteran, surviving spouse or self-petitioner must apply within 5 years from June 8, 2016 in order to qualify.

This is a new policy with very specific requirements. We recommend that those who believe they qualify for this program, especially those who are currently in the U.S., to seek the advice and assistance of an experienced immigration attorney.