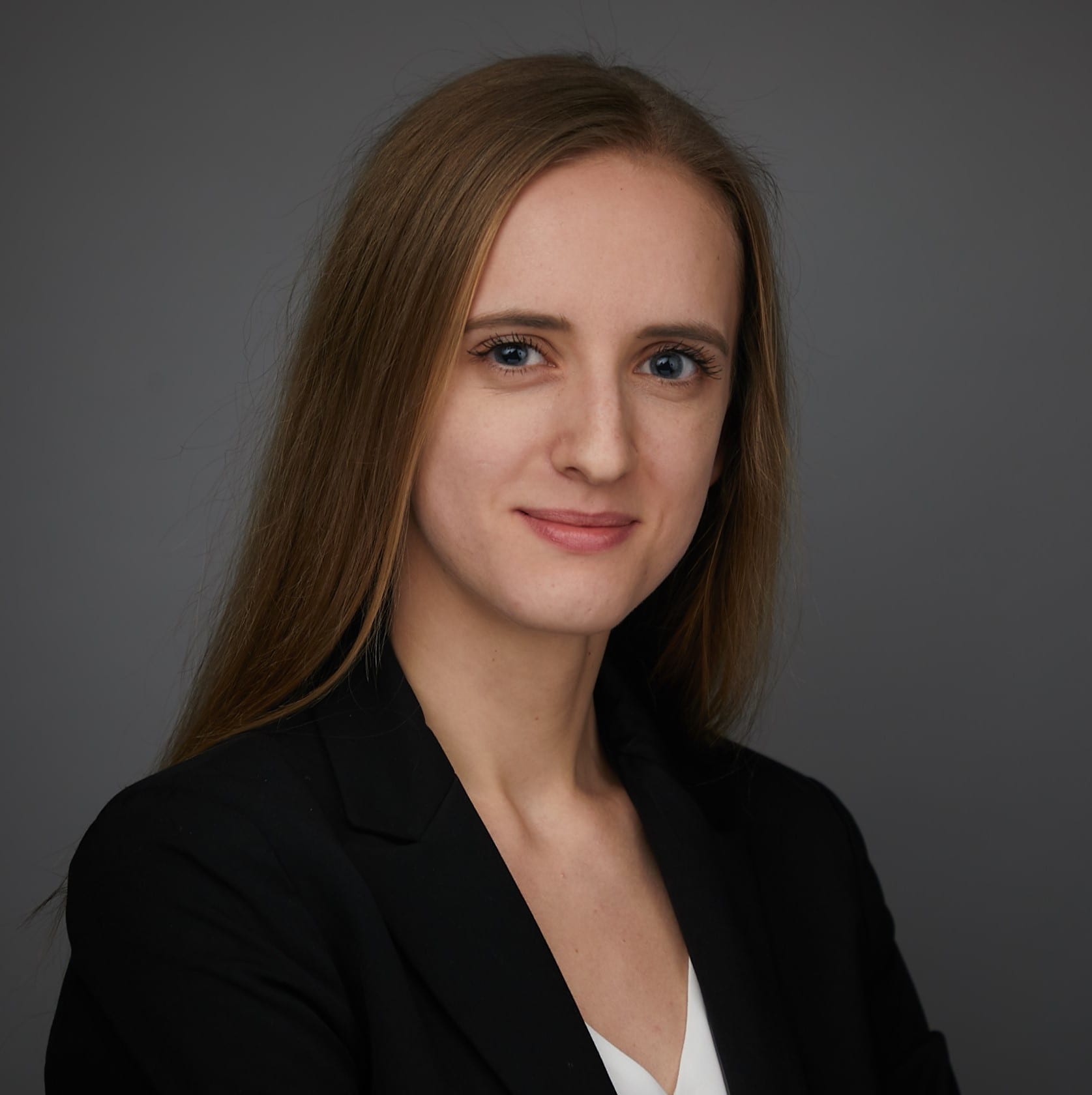 Michaela Vrazdova graduated from the Faculty of Law at Charles University in Prague, Czech Republic, in September 2016. While studying at Charles University, Ms. Vrazdova interned at the Organization for Aid to Refugees in Prague, where she managed legal support for clients applying for asylum and subsidiary protection in the Czech Republic. Ms. Vrazdova also interned at the corporate department of a prestigious international law firm, Clifford Chance, where she advised on corporate mergers and acquisitions. Ms. Vrazdova won the Best Thesis Award at the Department of Labor Law at Charles University in Prague and won an award from Dentons, an esteemed international law firm, for her thesis comparing covenants not to compete in the United States and the Czech Republic.

During her studies at Charles University, Ms. Vrazdova was selected through a competitive process into an international dual degree program in cooperation with Nova Southeastern University. She graduated from Nova Southeastern University in Florida summa cum laude in May 2018. During her studies, she won the Cali Award for Highest Grade in class in Business Entities, Property, Legal Research and Writing II, and Torts. Ms. Vrazdova passed the New York bar exam on October 23, 2018, and was admitted into the Bar on February 25, 2019. Ms. Vrazdova is admitted to practice law in New York. She is also a member of the American Immigration Lawyers Association (AILA) and the New York City Bar Association.

Ms. Vrazdova’s article discussing the admissibility of police reports into evidence under the business record exception to hearsay was published on the National Institute for Trial Advocacy Blog.